Medicine for the 21ST Century

....
In the last decade there has been a huge shift in scientific research, especially in the areas of the New Biology and Quantum Physics. Nobel prize winning scientists have confirmed there is another world beyond living cells. A world of subtle energy and communication that is way beyond what we experience as our material body. A level of biology that is not amenable to the harsh chemical medicines of the pharmaceutical industry.

Given this shift in how science sees the world, we can see that the pharmaceutical system of medicine remains stuck in the material world. It’s time for a subtle, safe and effective system of medicine that matches this new world view. A system that knows, not just how to resolve health issues, but how to fundamentally create good health.

This latest shift in science supports homeopathic principles. The ‘new’ science of epigenetics has always been a fundamental part of homeopathic medicine. The recent focus on Lifestyle Medicine is something that is an integral part of what a homeopath does. The advantage of high dilution, nanomedicine, is a cornerstone of our prescriptions. Individualisation of the patient is paramount to successful homeopathic treatment.

Homeopathy is the medicine for the 21st century and its time has come.

WHAT WAS DISPARAGED IS NOW SELF-EVIDENT
Research is confirming the relationship between lifestyle choices and our genetic code, and the “new science” of epigenetics has been created. In the process it is acknowledged that we have far more power to create and preserve our health than pharmaceutical medicine would have us believe.

Aspects of health that had, until recently, been denied by today’s dominant medical culture, are now accepted as obvious; the crucial role played by food choices in chronic disease; the connection between stress and our mental, emotional and physical health; the power of meditation and the benefits of walking in the forest. These are all now accepted as self-evident, and it’s hard to imagine that just a decade ago these ideas were disparaged as fringe ideas not supported by scientific evidence.

ADVANCES IN MEDICINE – ARE THEY REALLY?
The medical profession’s increasing use of technology can give us the impression that medicine itself is making huge progress. But if we drill down and take a closer look at that technology, we see that it is almost entirely in the realm of diagnostics and micro-surgery. It is not at the interface where the treatment of chronic disease takes place.

In our current medical culture, treatment cannot be prescribed until there has been a diagnosis, until the set of symptoms we have complained about is given a diagnostic label. Once a label is assigned, the recommended treatment can be prescribed according to the pharmaceutical reference MIMs, or in the US the Physicians Desk Reference.
The treatment prescribed will be a one size fits all, according to the diagnostic label that has been assigned. No account will be taken of the PATIENT who has been given that label and in most cases there will be no investigation of the underlying precipitating cause

Within the UK NHS it is of course difficult, if not impossible, for a GP to do more than this in the seven minutes allocated per patient. There is just enough time to prescribe one of the big five: antibiotics, pain-killers, anti-inflammatories, steroids, anti-histamines or refer the patient on to a specialist. Essentially a sticking plaster that takes no account of the patient, their lifestyle, their circumstances, their living situation, their history or the underlying cause. It is little wonder that patients and their doctors can find themselves frustrated, chasing symptoms without ever resolving the issue.

This is not to criticise individual doctors, they do their best for their patients, but they are working within a system whose increasing limitations may now be coming home to roost.

SOMETHING ISN’T WORKING
The world’s most influential medical journals have noted that the overall health of western populations, the populations using the most pharmaceutical  medicine, has markedly deteriorated. [1]
For the first time in 200 years, today’s children are not expected to live as long as their parents. Life expectancy is falling. And quality of life is falling.
In western nations there is an epidemic of childhood autoimmune diseases and neurological problems. In 2008, 1 in 6 children in the US were diagnosed with learning difficulties and that number continues to rise. [2]
According to the US Centre for Disease Control, in 2014 the rate of Autistic Spectrum Disorder (ASD) in 8 year olds was 1 in 59 children and rising. This does not account for children younger than eight. At the current trajectory it is predicted that 1 in 2 children will suffer some level of ASD by 2030. [3]
This poses a huge burden on families and takes parents out of the workforce to care for their children. It is also increasingly devastating for society as a whole. The financial cost of ASD to the UK government is currently £40+ billion a year. Provision of care for special needs children is bankrupting local authorities. Better diagnosis aside, the scale of this has reached epidemic proportions.

In 2016 the US spent $9,892 per capita on healthcare, more than any other country, and ranked 180th on the table for infant mortality, an accepted indicator for a population’s health. Cuba spent less than one tenth of that per capita and ranked 170th on the table with a lower infant mortality rate than the US. Cuba also offers free integrative healthcare, including homeopathy to all its citizens.
We can’t draw a straight line between these statistics, but it should perhaps give pause for thought. [4] [5]

The annual drugs bill for the UK NHS is now £18 Billion and rising, while the population, by all available metrics, is getting sicker. Iatrogenic diseases (a physical or mental condition caused by medical intervention, including prescription drugs) cost the UK NHS an additional £2 Billion a year and causes an unspecified number of hospitalisations and deaths. [6]

PHARMA STILL PUSHING FOR A MONOPOLOY
Yet, despite this urgent crisis, homeopathy, enshrined into the NHS by law in 1948 as a safe, gentle and effective medicine has all but been removed.
Not because it doesn’t work, but perhaps because it works too well?

In 2007, researchers and medical scientists at the prestigious WHO designated Finlay Institute’s vaccine project, used homeoprophylaxis to address the dangerous annual epidemic annual of Leptospirosis associated with the rainy season.
In the largest study of its kind, the oral dose was given to 2.3 million people. The results were immediate and dramatic. When the protection was extended to the entire population, the result was near-eradication of the disease and an almost zero death rate.  “The homeoprophylactic approach was associated with a large reduction of disease incidence and control of the epidemic.”
This was phenomenal. It saved much suffering and many deaths and should have been an item on prime time news. On the contrary, the researchers were unable to get a single medical journal to publish their work. In 2010 Homeopathy published the study. After criticism of the results, the data was reanalysed by the Finlay Institute (conventional vaccine developers) who found that: “The results support the previous conclusions that homoeoprophylaxis can be used to effectively immunize people against targeted infectious diseases such as leptospirosis.”
There is still silence from the medical journals. [7] [8]

While pharmaceutical companies are finding it increasingly harder to discover blockbuster drugs to maintain their bottom line and satisfy shareholders, they are desperately working to ensure a monopoly for themselves.

A DIFFERENT KIND OF MEDICINE FOR OUR TIME
It seems clear that the current system is not working. An urgent change is needed. Space needs to be made for a viable alternative. One that is gentle, safe and effective. One that supports nature and the body’s attempt to heal itself, and, importantly for health care providers, is affordable.

Homeopathy as a system is committed to making each successive generation healthier than the one before. Incredible as this might seem, in our current medical climate this is revolutionary thinking.
At its core homeopathy is primary care medicine, and if incorporated into an integrated system, is capable of saving the UK NHS £25 Billion immediately, with increased savings over time. [9]

The Royal Society of Medicine’s conference in summer of 2018 went some way to explaining why the preparation of homeopathic medicines makes sense.
Material doses of a substance can only affect the body at a material level. Side-effects are, in truth, simply unwanted effects that the patient must also try to deal with when they are already sick.

Believing that symptoms are the dis-ease – rather than an expression of the underlying dis-ease, means that the cause of the problem is never addressed.
And removing the symptoms without addressing the underlying cause means that it’s only a matter of time before the symptoms return, a higher dose of the medicine is required with the increased risk of side effects, or a more serious complaint develops. Pharmaceutical medicine can chase symptoms for years without ever resolving the underlying issue. Most of us can relate to that experience and because of this, some of us have chosen a different path.

Incredibly, in the current medical system, focus on the underlying cause is still a radical concept. Resolution of the condition, including disappearance of symptoms which never return, doesn’t feature in our possibilities.
The concept that our overall level of health is increased in the process, so that we are less susceptible to dis-ease in the future, is not something we imagine can go on our wish list.

Part of the strength of Homeopathy is its individualisation. As a patient your treatment is tailor-made for you. It takes into consideration your current complaint and symptoms, as well as also your medical and family history, your lifestyle, your mental and emotional life, how you react to different changes in your environment and so on. All the things that make you, YOU!

Homeopathy has more than 200 years of clinical experience across the world.
More than 7.4 million people in the UK use it, as do an estimated 100 million across Europe and more than 100 million in India. It is used in more than seventy countries and is an integral part of the health service in countries from Switzerland to Mexico to India to Brazil and South Africa.
It is the second most used and the fastest growing system of medicine on the planet.

HOMEOPATHY, MEDICINE OF THE 21ST CENTURY – AN IDEA WHOSE TIME HAS COME. 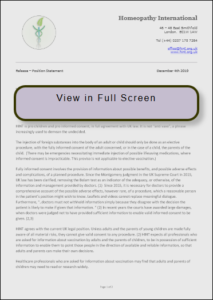 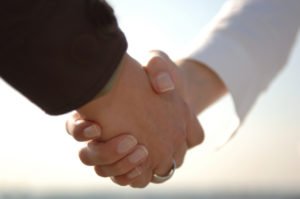